RECOVERY OF RACE INSTRUCTIONS AND TRACKERS FRIDAY 11th JUNE FROM 9:00 AM TO 12:00 am

Amendment n° 1 to the race notice

COVID-19 APPENDIX to the RACE NOTICE

Joël Gaté, a rugby referee, discovered sailing because his children raced optimists at les Sables d’Olonne. Wanting to watch them during regattas, he found that the committee boat had the best view. This was how he started learning the regulations of sailing races. One thing led to another and he’s now been a gauger for Class 8, Mum 30,  Class’40 and checker/gauger for the Vendée Globe from 1989 to 2012.

A regular on the pontoons of Tréboul (especially in June) Joël has been the gauger on the Mini Class since he retired from primary school teaching in 2002. He distinctly remembers the first boat which passed under his inquisitive eye, the first Pogo 2. Since then, he has assessed nearly  600 mini and the criteria of the Class which then amounted to  2 pages are now issued to skippers as a  120 page booklet. This booklet contains all the regulations which the  Mini and its skipper are subject  to as well as the unwritten but specific one which must never be forgotten: rule  J26. Although mysterious, it’s essential. Once each security check has been completed the gauger must quench his thirst!

« I saw the first  Marie-Agnès Péron Trophy  and lots of wonderful things, and great  people. » 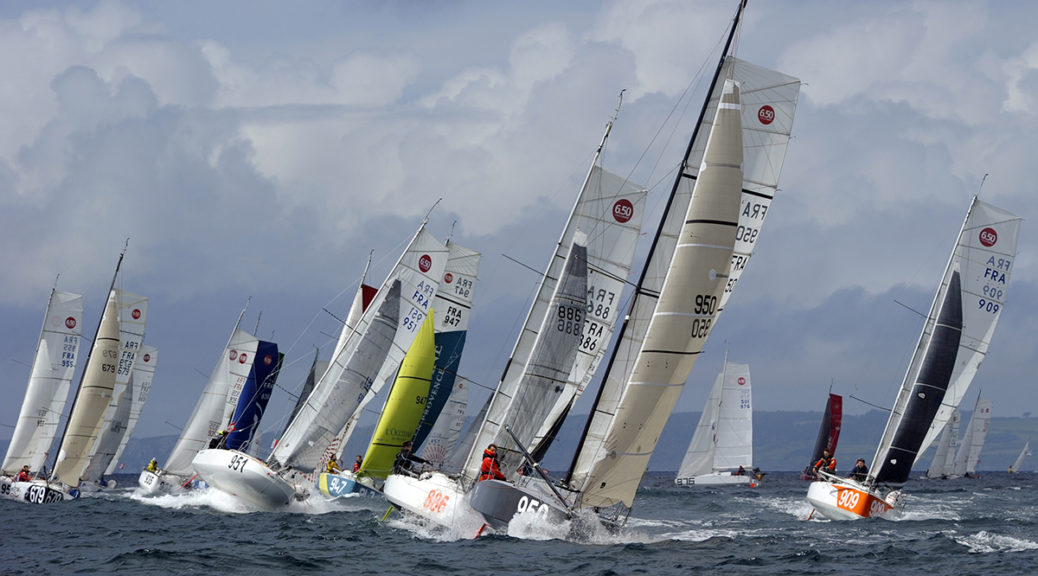 We’re 4 days from the Prologue and 5 days from the start of the mythical Mini-Fastnet. Right now there are  84 boats registered. Due to Covid-19, the race could not be held last year and we have to go back to  2019 to remind ourselves of Axel Tréhin and his partner Thomas Coville’s great win on Tartine the 945. Tartine will be there with Fabio Muzzolini,  2020 winner of the  MAP Trophy. But this year it’s Tanguy Bouroullec who’s the big favourite. He risks annihilating the competition. But a race is never finished until the finish line has been crossed !

For the series, the field  is open and there’s no lack of challengers, including : Léo Debiesse, winner of the Marie-Agnès Péron Trophy, the Italian  Alberto Riva, already winner in 2019 alongside Ambroggio Beccaria, the  Cloarec-Jézéquel pair who may well spice  things up  and Hugo Dhallenne on the  979.

Rendez-vous Saturday afternoon on  12th  June for the  Prologue parade. The race departure is planned for Sunday  13th June at 10:00.