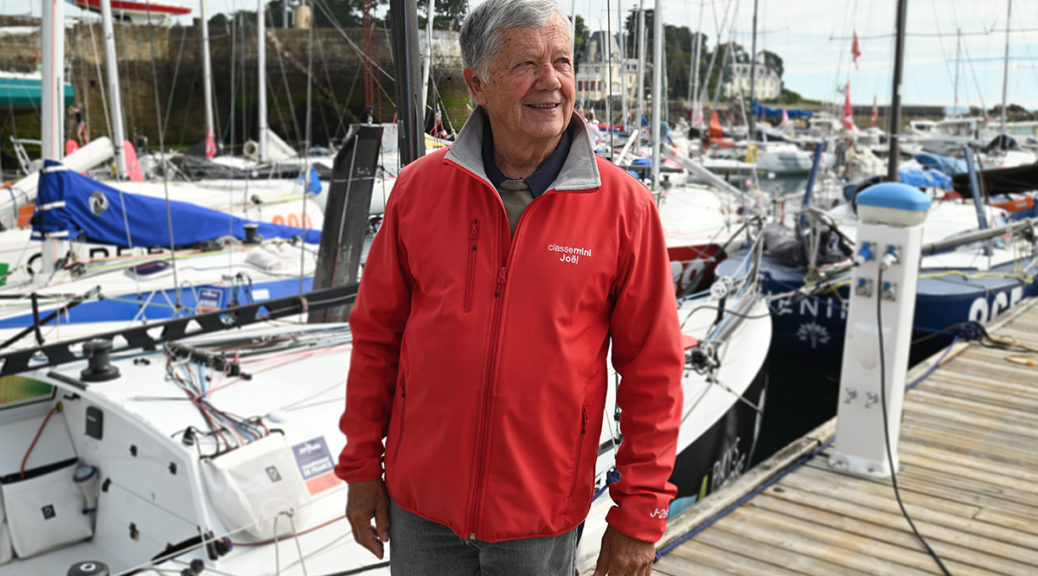 Joël Gaté, a rugby referee, discovered sailing because his children raced optimists at les Sables d’Olonne. Wanting to watch them during regattas, he found that the committee boat had the best view. This was how he started learning the regulations of sailing races. One thing led to another and he’s now been a gauger for Class 8, Mum 30,  Class’40 and checker/gauger for the Vendée Globe from 1989 to 2012.

A regular on the pontoons of Tréboul (especially in June) Joël has been the gauger on the Mini Class since he retired from primary school teaching in 2002. He distinctly remembers the first boat which passed under his inquisitive eye, the first Pogo 2. Since then, he has assessed nearly  600 mini and the criteria of the Class which then amounted to  2 pages are now issued to skippers as a  120 page booklet. This booklet contains all the regulations which the  Mini and its skipper are subject  to as well as the unwritten but specific one which must never be forgotten: rule  J26. Although mysterious, it’s essential. Once each security check has been completed the gauger must quench his thirst!

« I saw the first  Marie-Agnès Péron Trophy  and lots of wonderful things, and great  people. »