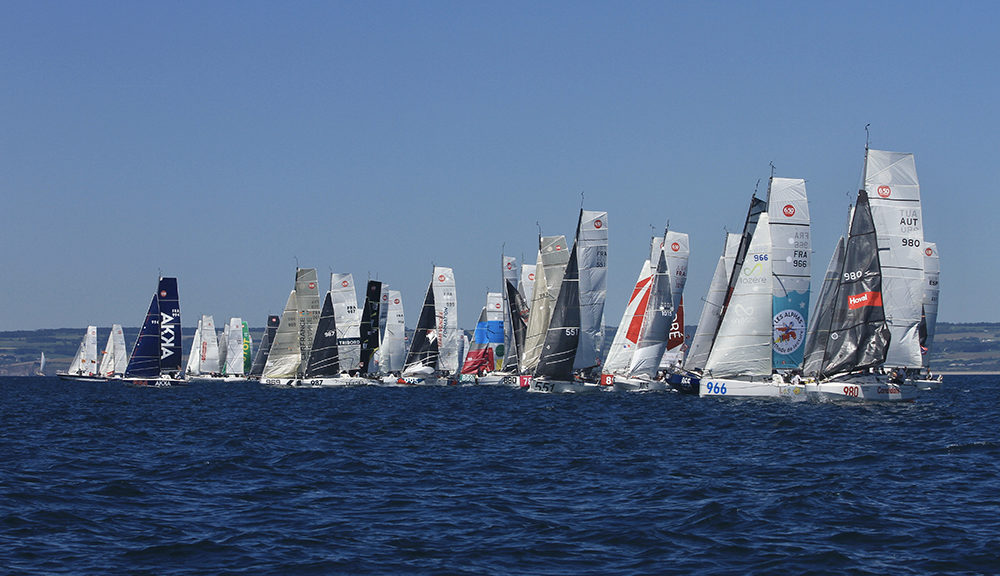 The second start was the good one. After a general recall, the skippers set off westwards at 15:18 at a slow pace. Many of them chose to skim the southern coast of the Bay of Douarnenez by tacking. The fleet is dense with 82 boats and unfortunately there was  a collision which led to abandonment by  the 944 Guyot Environnement and the 976 Icarus. At the mouth of Douarnenez  Bay, after 2 hours of racing, the 966 – Les ALPHAS, led by Léo Debiesse and Thomas de Dinechin were  at the head of a  very compact pack. 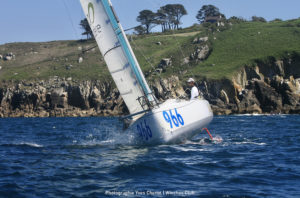