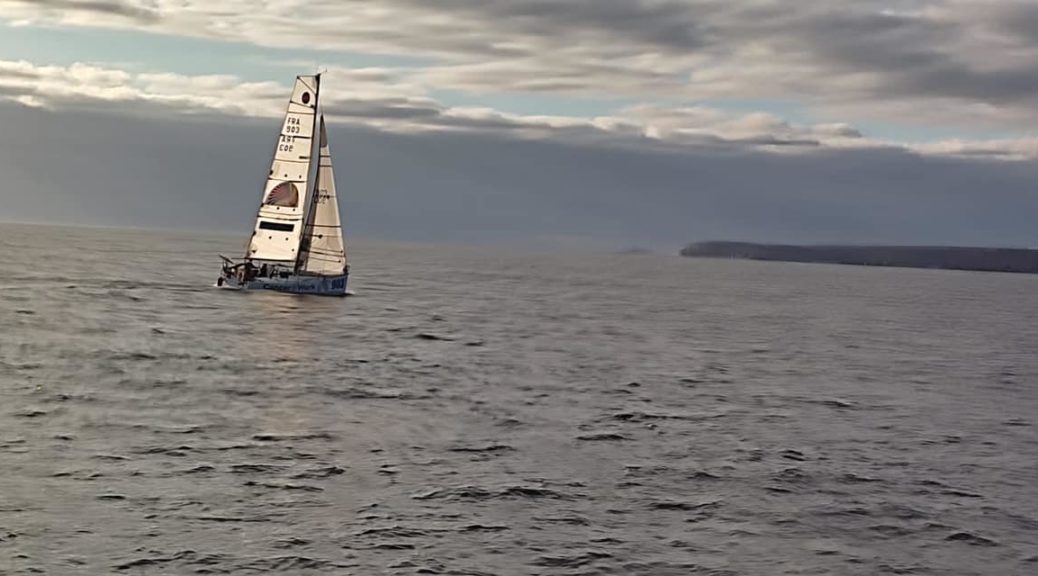 Still not much wind on this edition of the Mini Fastnet… and yet it is to avoid a sudden and short gale, announced for Saturday 18th June that the course has been reduced by about a hundred miles. The skippers will have to wind  round  a waypoint located at 51° N and 008° W before returning to the Bay of Douarnenez, the first ones are expected to arrive on Thursday 16th June in the evening and the bulk of the fleet should arrive on Friday. At the end of the day, the Minis are in the middle of the Celtic Sea and it seems  that the calm has grouped the boats together, except for a group of unyielding Prototypes, further apart from each other and a few miles ahead. The 1050 Léa Nature is still in the lead among the Prototypes, followed by the 621 Dephemerid  Trois with Arnaud Machado and Maël Cochet on board. The 1065 Irvin, a Series boat, tussles gently with the Prototypes, followed by the Swiss on the 1064 Nath Yachting Squaw. The ridge of high pressure looks comfortable in the Celtic Sea and leaves the Minis with baggy  sails. The NW’ly  flow doesn’t  exceed  Beaufort 2  until maybe Thursday  evening, according to the Arome model.

On the 606 a message from a father for his daughter Clémence : Happy birthday ! 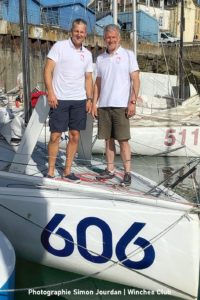